‘There were no victors in this war, only losers, forever changed by the crimes they had committed.’

In ‘Waterblood’, Caelara Teneo struggles to adapt to her new life in a rebel-stronghold called Arcana. It is named after the arcane ability that she could have if it weren’t for her embedded jewel. Caelara grapples with growing up, mounting responsibilities and the amorous affections of Nathaniel Yate.

In the world beyond, Terra Magna’s great nations are succumbing to the Advorsa. It won’t be long until they come for Arcana and take everything Caelara holds dear. She must harness the power of the sea within her gifted blood. There is still a chance to turn the tide.

‘Waterblood’ is the third book in ‘The Sacerdos Mysteries’, following ‘Sacerdos’ and ‘Arcane Rising’. Author, Elizabeth Amisu unveils Terra Magna’s rich mythology, especially its coloured oceans and seagods. ‘Waterblood’ also introduces new variations of giftblood, such as elementals and arcanes. The most action-packed novel in the series so far, ‘Waterblood’ is a rollercoaster of emotions, where events spin out of control. Amisu really enjoyed writing a full-length battle over several chapters, in which the arcane rebels must go head-to-head with Lasias’ forces to survive. Expect sparks to fly as firebloods, shadowbloods, earthbloods, windbloods, lightbloods and (of course,) waterbloods unite for supernatural war. 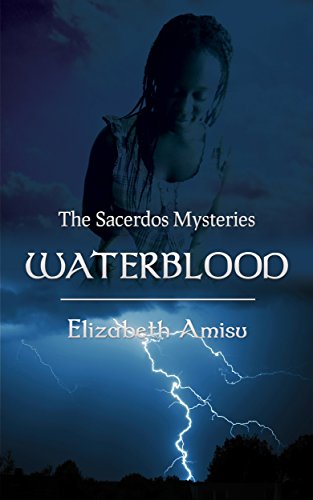