‘A boy who can tame lightning, a man whose blood can raise the dead. All these things are impossible… but we have seen them happen.’

Three years after the events of ‘Sacerdos’, Caelara Teneo has settled back into academic life. Since Nathan’s fateful letter, she has not heard a single thing from him. Over time her heart heals and she forms a new romantic relationship with the debonair Mardan noble, Xaviour Leston. The scar tissue of their histories binds them together. Yet, the very fabric of Caelara’s world is about to unravel. The Advorsa have not been sleeping and this is a calm before their great storm. No matter how peaceful things seem, Sacerdos is threatened by dark forces. The war is coming.
__

Once there, Caelara discovers she is a giftblood, one of a select minority who have ruled the Universe from Sacerdos for thousands of years. Yet, as Caelara struggles to deal with the upheaval of growing up, factions within giftblood society break down. Beyond the walls of her educator, a war is brewing and Caelara’s place in it has been millennia in the making.

Arcane Rising is the second book in ‘The Sacerdos Mysteries’, following ‘Sacerdos’. Author, Elizabeth Amisu introduces a plethora of new characters and places. Amisu also deepens our understanding of the religions of Terra Magna, such as the Renescia, with its commanding archetypes and shady teachers. Caelara also experiences a newfound level of sexual and spiritual awakening in this novel, as she begins to test the boundaries of appropriate behaviour. In ‘Arcane Rising’, love is a backdrop to more compelling events, while intrigues grow to a deafening crescendo. Amisu has constructed a terrifying reckoning for Sacerdos. One which has been centuries in the making. 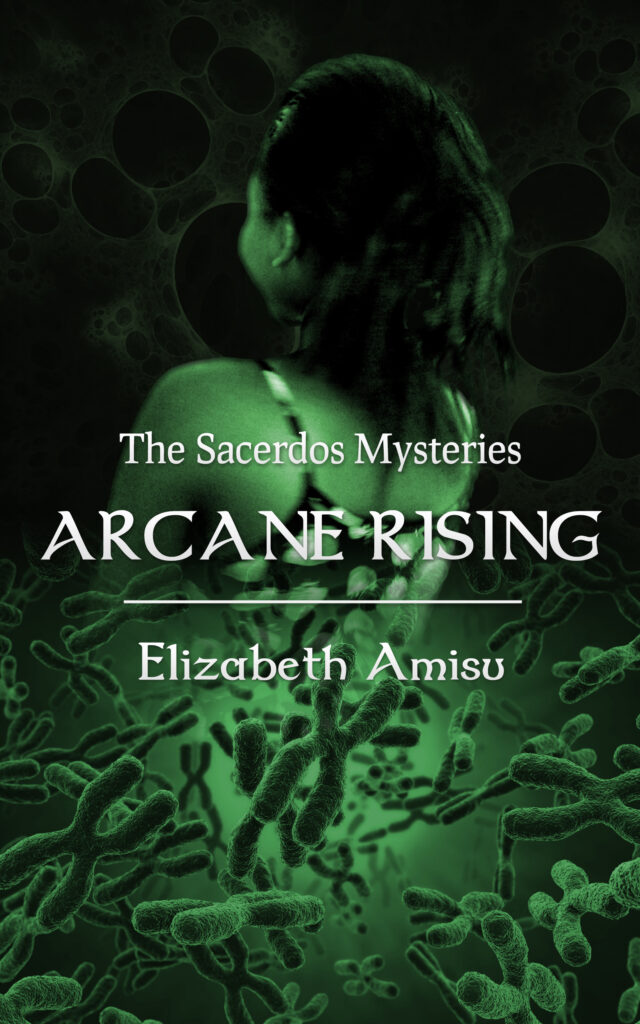