Gild Your Shadows: The Collected Short Stories of Elizabeth Amisu

Autobiographical and incredibly revealing, dark, thrilling, deliciously sensual, in ‘Gild Your Shadows’, award-winning stories grounded in real life are interspersed with tales that venture to the furthest reaches of the imagination.

Written over a period of ten years, from 2003-2013, these fourteen stories chart emotional highs and lows of their characters. From the slow depressive breakdown of a corporate store assistant in ‘The Art of Becoming Invisible’, to the non-physical avatar of Buddy Holly, which captivates a doctor at the operating table in ‘Michael and the Hollies

In ‘A City Called Sloth’, a police inspector attempts to solve a crime before the spectre of a deadly sin claims him. In the futuristic African city of Eger, a teenage love affair defies culture and reputation, while in ‘The Love Hit’, love is available to drink in bottles at the bar amongst many other emotions. In these stories shadows surface, and are adorned with gold. 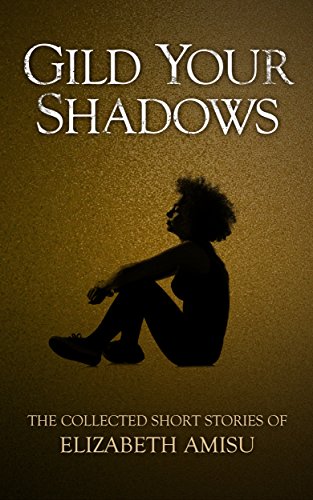